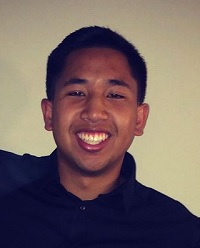 Desmonde Meas is currently a law student at Western State University College of Law. Prior to law school, Desmonde acquired his bachelor Degree in Political Science at Cal State Long Beach with a concentration in Law/Politics and worked at the Boys and Girls Club of Long Beach as a teen director. As a person that was born and raised in the United States, he is blessed to live in a country that has given him with many opportunities and academic freedom. When looking at the CARE foundation and its motives, it attracted him to take part in this movement in assisting the children of rural Cambodia and striving to allow them to receiving the blessings he did.

Being a child that was raised by Cambodian immigrant parents who fled to the States after the Khmer Rouge, he understood the struggles that his parent had to go through in adapting to a new world different from their motherland. He felt that this was the perfect opportunity for him to go back into his roots and gain a better understanding about the struggles that his family had to go through in raising him. He believes that every child should have an opportunity for academic success and having a limitation of resources should never be a problem. That is why CARE is so valuable in order to fulfill that vision of providing academic support to children so that they can be future prominent figures to others.

The passion, leadership, and dedication that the founder of this non-profit presents in running CARE Foundation has only motivated him to partake in this vision the founder foresee.

He believes that this will be a new beginning in opening up more doors for the children of rural Cambodia.