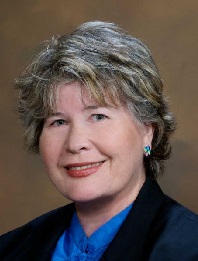 Teri Shaffer Yamada received a master’s degree in Southeast Asian languages and literatures in 1975 and a doctorate in Buddhist Studies from the University of California, Berkeley, in 1985.  She has studied seven Asian languages, including Chinese, Japanese and Khmer, and lived in Japan for seven years.

In 2002 she organized the Nou Hach Literary Association (www.nouhachjournal.net) to promote the development of literacy and modern literature in Cambodia.  This NGO publishes the only literary journal in Cambodia, sponsors yearly literary awards, and promotes writers workshops in Cambodia.

Currently she is the Chair of the Department of Asian and Asian American Studies at CSU Long Beach.  Her research interests include modernity and Southeast Asian literature, development and sustainability in Cambodia.  Her publications include the compilation Virtual Lotus: Modern Fiction of Southeast Asia (Ann Arbor: University of Michigan Press, 2002), Modern Short Fiction of Southeast Asia: A Literary History (Ann Arbor: Association for Asian Studies, 2009), and ‘Just a Human Being’ and Other Tales from Contemporary Cambodia (Nou Hach Literary Association: Translation Series, No 1, Charleston S.C., 2013).