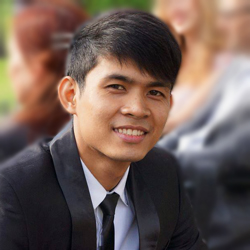 As an orphan who is able to pursue his higher education in the United States, he has tremendously valued the importance of education. To him, education is a ticket to personal success, collective prosperity, and global well-being. He perceives education not merely as a mere quality or quantity of a person’s knowledge, but also of the manner through which the knowledge is consumed. In his life, he has witnessed a lot of educated people with irresponsible and uncaring hearts and minds in Cambodia.

His life goal, therefore, is to contribute as much as he possibly can to a society in which individuals, especially young kids, whose mental development is largely influenced by the environment in which they live, receive the kind of education which enables them to not only care for themselves but also for the society as a whole.